* In case of any delay in receiving the OTP, you may verify it later. Please proceed without verification.

Your mobile number is not registered with us. Please register your mobile no.

Enter your City name or Pincode

The historical city of Majitha is a municipality situated in the Amritsar District of Punjab, India. This town has contributed much in the history of Punjab and has been home of famous Majithia Sardars who all served as general of imperial army of Maharaja Ranjit Singh during the primary years of 19th century. At least ten chiefs from this citywere part of his army in the time of 1800-1849. Some of the main leaders in the Majithia Group of Generals were the General Lehna Singh, General or Raja Surat Singh and General Amar Singh. 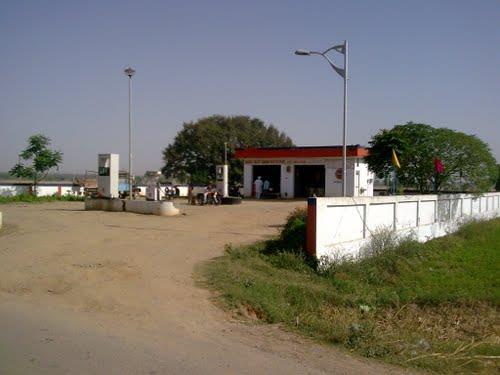 Also, son of General Lehna Singh or Sirdar Dyal Singh and son of General Surat Singh or Sirdar Sundar Singh Majithia mainly had a big influence on the associations of Punjab state in the British period in the time of end of 19th century and beginning of 20th century. Family of Hari Singh Nalwa, notable general of the Sikh Empire travelled from Gujranwala (which is now in Pakistan) to this town Majitha .

Majithia Sardars came into prominence during the rule of Maharaja Ranjit Singh. As per the historical accounts of Englishmen, the family of Majithia werre considered as one of most influential families of Punjab . Most recognized of these Majithia Sardars were Lehna Singh, Surat Singh and Amar Singh. General Lehna Singh’s son Sirdar Dyal Singh was possibly the most important Punjabi of the latter half of 19th century in the Punjab of British. He was the chief person for the establishment of Punjab University and also was the creator and holder of "The Tribune" newspaper. He was also the creator and holder of the Punjab Banks, the most prevailing bank in the north-western regions of India and later was nationalized and public owned by Indira Gandhi in the beginning of 1970. He was part of the main associates of the Indian National Congress Party, which afterward became the chief Indian National Political Party precisely leaded by Gandhi and Nehru.

Moreover, Sirdar Sundar Singh Majithia, who was the son of General Surat Singh was behind Sikh revivalist movement and also was one of the creators of the "Chief Khalsa Diwan Society". He played vital role in founding Khalsa College in Amritsar and Punjab and Sind Bank and was honoured with title of Knight by the British. His brother, Sirdar Umrao Singh was the father of the known female artist of India, Amrita Sher-Gil. The Majithia Family which was called by this name because of their village’s name Majithia, as their village was familiar in Punjab; actually this family comes from the "Shergill" people of the Jat Sikhs which is a division of "Gill" clan.

Sardar Parkash Singh Majitha, was a significant leader between the Akali Leaders hailing from 70s, 80s and 90s and was generally called 'Majhe da jarnail'. He stayed as a cabinet minister in several Akali governments taking departments like, Revenue, Irrigation, Rehabilitation and Transport. He was selected as MLA about five times from the city of Ajnala and Majitha. He also played a significant part in the the Anti-Emergency Morcha and the Dharam Yudh Morcha. As the consequences of Operation Blue Star, he became the acting President of Akali Dal and as the eldest leader of Akali Dal in 1990s he was generally selected as the Patron of Shiromani Akali Dal which is an admiration he preserved till he died. Some of the further important Majithias are Sardar Rajmohinder Singh Majitha who is actually Sardar Parkash Singh Majithia’s nephew and also a MP and MLA and Sardar Bikram Singh Majithia who is the brother-in-law of Sukhbir Singh Badal is a Minister and MLA as well.

There are eight banks serving the inhabitants of the city. These banks have added to the conveniences of the people. Also, the credit of the decreasing number of money lenders, that used to charge high interest on lending money to those in need of finance, must be given to the proper operating management in all these banks as they provide loans to farmers as well as small entrepreneurs at low rates. Below, we have brought to you all the details of these eight known and reputed banks in the town.

There are a few hospitals and nursing homes situated in the city of Majithia making the healthcare infrastructure quite self sufficient for the inhabitants. A Primary Health Centre is also located here for providing medical services at low cost to poor people. Majithia Municipal Committee has been efficient in constructing several hospitals here which are available 24/7 for the Majithia Citizens. There are many nursing homes including Dr. Sudesh Nursing Home, Bajwa Nursing homes, etc. situated here as well. So, here we have collected the available hospitals in Majithia and the information regarding that is quoted below.


Safety and Security in Majitha

The local police station at Majitha is a part of Amritsar Police Department and is liable of maintain law and order in the town. This police station is working capably in minimizing the crime rates as well as handling other prevalent crimes also. The inhabitants always feel safe under the protection of this police station. Police officials at this police station also look after the city on special festivals and celebrations and do their best in ensuring security to every citizen of Majitha.


Majitha at a glance

Are you a Business Owner?

Add the products or services you offer